Fitness For What Purpose?

Your cart is empty. 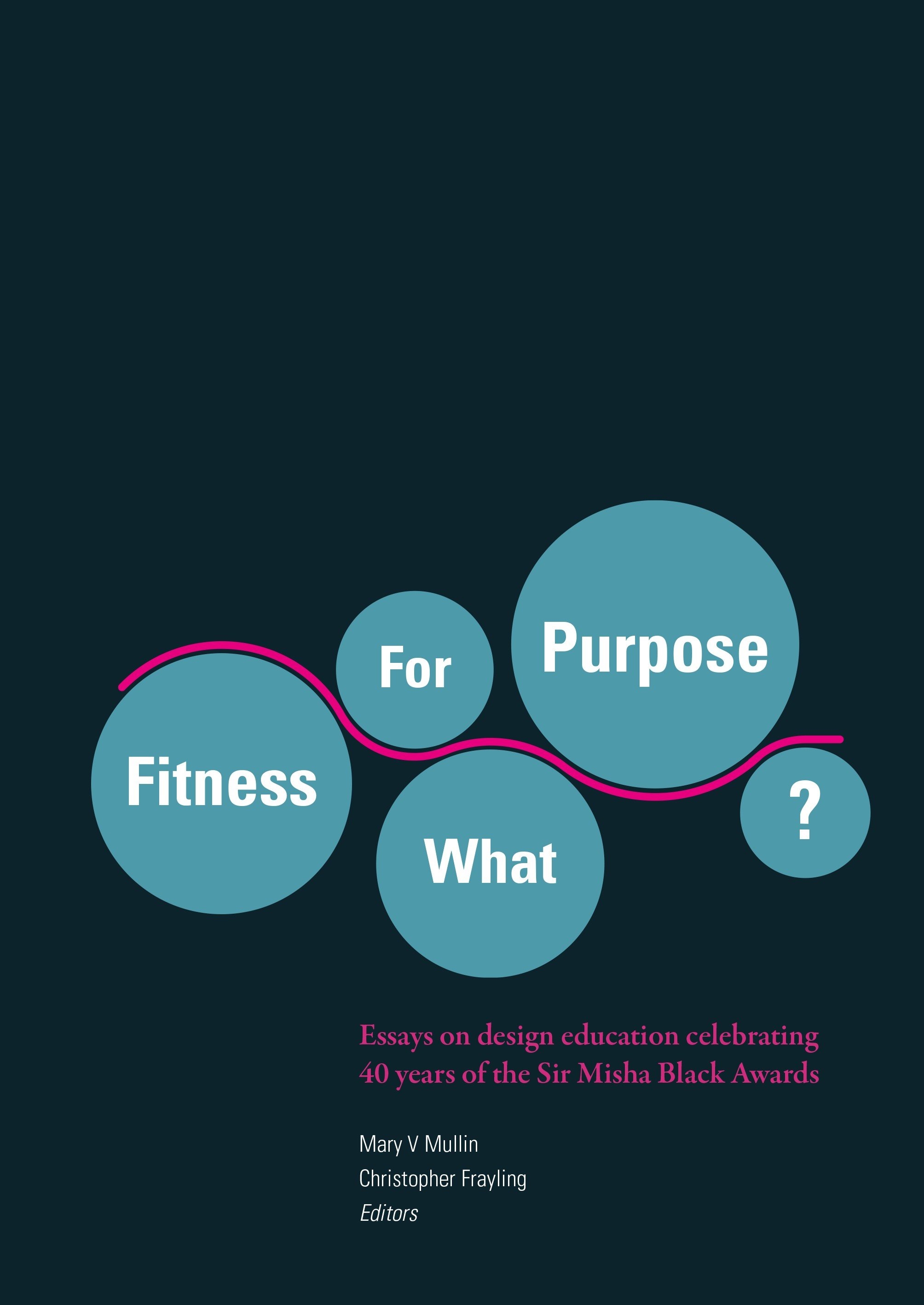 Fitness for what purpose? is a must-have for everyone interested in design education. Celebrating forty years of the Sir Misha Black Awards – the world’s only major awards recognising and promoting excellence in design education – Fitness offers a treasure trove of thoughtful essays by some of the world’s leading design educators, some reproducing their previously unpublished award acceptance lectures, some with entirely new contributions.

The International Scene is surveyed by figures including Ashoke Chatterjee of India, Chile’s Santiago Aránguiz Sánchez, the late great Ettore Sottsass of Italy and Catherine McDermott considers the future of design in China. Rarely seen material by Misha Black himself sits alongside contributions by educators including Michael Twyman, David Crow and Christopher Frayling on the state and practice of Design Education today.

The Future is discussed by Rachel Cooper, Tony Dunne and Lorraine Gamman among several others. This book offers not only a record of the finest teachers and institutions in design education over the past four decades, but a unique insight into the place of design education in the world of today and tomorrow.

Mary V. Mullin is Chairman of the Sir Misha Black Awards Committee, Trustee of the Robin and Lucienne Day Foundation and Regional Adviser to the World Design Organisation. She has served on numerous professional bodies including ICOGRADA, ICSID, Crafts Council Ireland and the DIA. She ran her own consultancy in design and special event management in London from 1981 to 1998, including working with the V&A’s ‘Boilerhouse’, the precursor to the Design Museum. In 2017 she was Awarded the RSA Bicentenary Medal 'for encouraging and Promoting Design Across Education and Industry'.

Christopher Frayling is an award-winning writer and broadcaster, author of over twenty books on art, design and popular culture. He is the former Rector of the Royal College of Art, as well as former Chairman of the Arts Council and the Design Council and the longest-serving Trustee of the V&A Museum. His most recent books include The 2001 File; On Craftsmanship; and Ken Adam – the art of production design.