A new website for The Loomba Foundation was launched at its annual International Widows Day dinner at the House of Lords on 24 June 2019. The site redefines the charity’s online presence with an ambition to create the best place in the world for information and resources to support the global campaign to eradicate discrimination against widows. 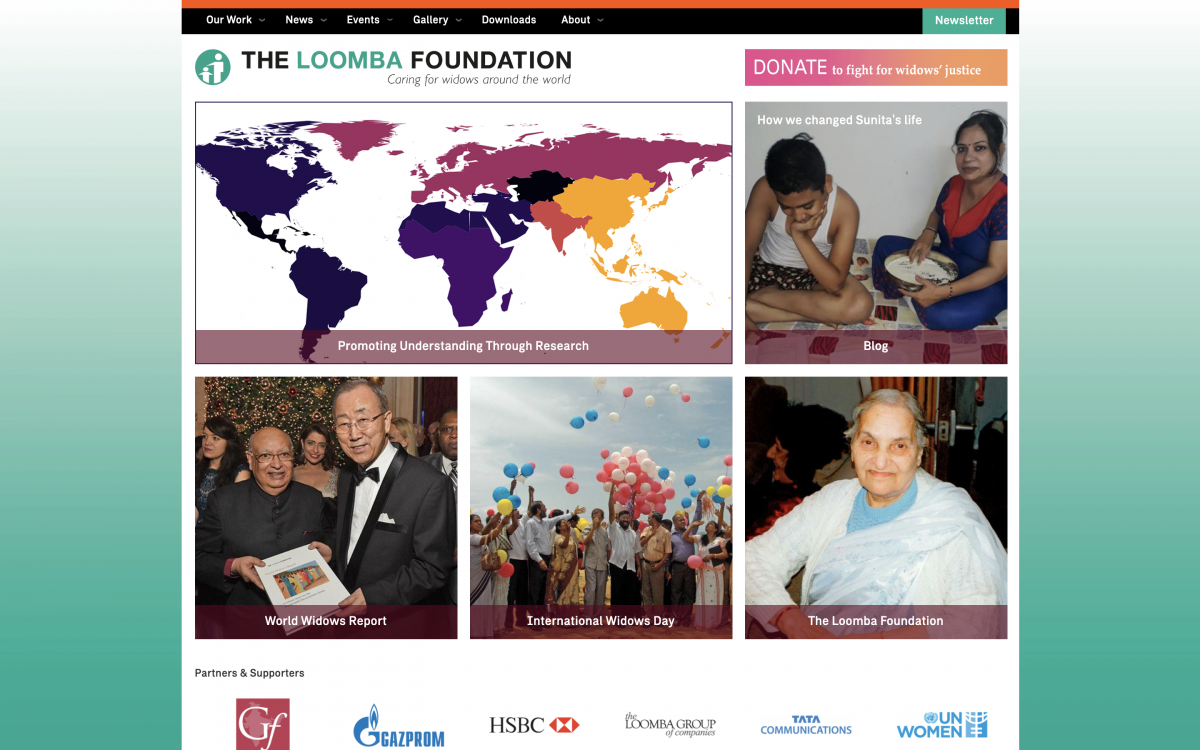 The Loomba Foundation is a UN-recognised international NGO specialising in caring for disadvantaged widows and their children, and campaigning against discrimination. The charity’s founder, Lord Raj Loomba, has always maintained that to eradicate those injustices globally will need a massive shift in cultures and traditions, as well as support from goverments and legal protections. The Loomba Foundation working with partners has changed the lives of hundreds of thousands of individuals – widows and their families in India, South Asia, Africa and elsewhere – through its education and empowerment programmes. But to achieve its ultimate goals, it is necessary to engage many more people and organisations all over the world.

The Foundation is probably best known for its major achievement of launching International Widows Day and, after a five-year campaign, persuading the United Nations unanimously to adopt it as an official, annual global day of action back in 2010. As a result, the issue is much more visible now than it was in 2001, when UNIFEM – the forerunner to UN Women – rightly stated that “there is no group more affected by the sin of omission than widows. They are painfully absent from the statistics of many developing countries, and they are rarely mentioned in the multitude of reports on women’s poverty, development, health or human rights.” Nevertheless, discrimination against widows remains deeply embedded in cultures and communities, so the focus is on building awareness and evidence to support effective policymaking and change traditional attitudes.

Lord Loomba commissioned Images&Co to explore how the Loomba Foundation’s online presence could be used to develop effective communication and information tools for everyone involved in fighting this discrimination today – and those who may become involved in the future. Those audiences include supporters, donors and partners; governments and international organisations; NGOs and local organisations; academic researchers and media organisations. The aim was to create a website that is fit for a global, UN-recognised NGO, one that at the same time is pleasant and easy to use, regularly updated and useful: a site that reinforces the leading role of the Loomba Foundation in the campaign.

The website has been designed to provide a window into a huge amount of information without being overpowering, with simple navigation to the key departments covering the charity’s work in aid programmes, advocacy and research; news, events, photo and video galleries, report downloads and information about the charity and its 20-year history. Particular features to make the site useful include easy navigation of the complete World Widows Report produced by the Foundation in 2016, including machine-readable data for researchers and academic institutions to access and conduct further research. There is also a tracker of news websites with summaries and links to coverage about the plight of widows all over the world, which illustrates how awareness is growing and at the same time offers a valuable resource to media organisations and researchers.