The world of elective intrusion
Kasper de Graaf, 09 May 2013

This was my introduction to Close & Remote’s Secure Cities discussion at Deptford Lounge on 9 May 2013. 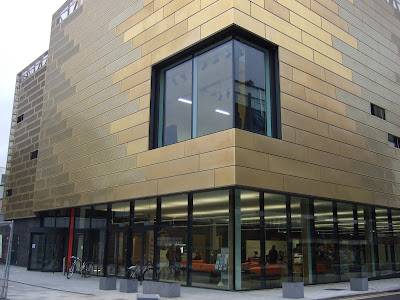 There are many reasons to be worried about security in the cities of the future.

Scarcity of resources, unemployment, the gap between rich and poor, lack of social cohesion, sectarian tension between religions, communities and generations, the rise of nationalism, the proliferation of weapons, the tension between liberty and security.

Some have been around for a long time. The terror hijackings of the Seventies took place well before we had personal computers, never mind the internet. The impact of Julian Assange and Wikileaks is not so different from that of Daniel Ellsberg and the Pentagon Papers in 1971. The situation today, however, is different in both positive and negative ways because of the speed of change in communications technology.

The holy grail is to create cities that are secure, prosperous and sustainable. Security without prosperity is not sustainable, as we saw in the collapse of communism. Parts of South Africa and South America illustrate that prosperity without security produces walled communities and violence. If the prosperity and security of cities depends on finite and unmanaged resources, the writing is on the wall. We can say these things are self-evident, but it is this interdependence that brings together the interests of bleeding heart liberals and die-hard capitalists, those of vested interests and the dispossessed.

For the first time in history, according to the World Bank, more than half of the world’s population live in cities, and more than 90 per cent of urban growth is occurring in developing countries. By 2030 even Asia and Africa will have more than half of all their people living in cities. Cities already account for 70 per cent of global GDP.   Meanwhile, mobile commerce and mobile payments are exploding: transaction values up from $29 billion in 2008 to $1 trillion in 2015 (the highest transactions values projected in Africa); the number of people using m-payment is growing more than tenfold to 500 million over the same period. The biggest growth in the next few years will be in Europe and Africa.

These facts are the drivers of our future; they are the things we need to take into account if we want to achieve the holy grail. We are all involved in the process, but do we have a say in how it plays out? Does anyone—government, corporation or individual?

The central question is that of liberty vs. security. We need liberty to unlock the engine of micro-enterprise, to open up new markets and opportunities. Power relationships globally are changing in a way that is no less significant than the Glorious Revolution, when the divine right of kings was finally, irrevocably replaced by the supremacy of the elected parliament. Today, power has moved from governments to unregulated vested interests and is passing, increasingly, to individuals. On Monday it was reported that Cody Wilson has successfully test-fired the gun he has made with a 3D printer, and he plans to put the blueprints on his Defense Distributed website, telling Forbes Magazine: “I recognize that this tool might be used to harm people… But I don’t think that’s a reason to not put it out there. I think that liberty in the end is a better interest.” Governments have limited power to influence underlying trends.

So there are many things we can look at as threats as well as opportunities, but let me put one forward as food for thought, namely:

the inadequacy of our governance structures to offer the minimum protection necessary to achieve our aim of secure, prosperous and sustainable cities.

Shall we blame the Googles and the Facebooks, the eBays and the Amazons for invading our privacy? In my own company, we work with luxury hotels, fashion stores, travel companies and others to improve the service they offer their customers. The best way to do it is to understand the customers’ particular and individual needs. Parents track their children’s location using phones. There’s a scheme for tracking people with dementia via GPS. People rightly raise fears about data security and privacy, but how do we address it?

We live in a world of elective intrusion. How many people, when presented with terms and conditions before completing a transaction, have bothered to read them, never mind rejecting them? How many, when presented with cookie warnings, turn off the cookies in websites they visit? We enthusiastically embrace these intrusions—far beyond those minimum thresholds—by completing and sharing, with web providers and publicly, our profiles and our preferences and what we are having for breakfast; partly to enhance the services we receive, but mainly just because we enjoy talking about ourselves and generally (complacently) think that “we’ve got nothing to hide”. Far from being concerned about protecting our privacy, we invite the world into our lives and the net result is that many of the websites we visit know us better than we know ourselves.

Now here’s the thing. Rather than protecting us, the function of legislatures in the postmodern age has been to signpost the way to removing the rights of individuals against the corporate interest.

The Copyright, Designs & Patents Act 1988, far from protecting individual artists and creators in the way it set out to do, enabled corporate lawyers to impose standard contracts which routinely take those rights away. Where previously an artist whose work was used for purposes that were way beyond what was originally envisaged or paid for, might have been able to rely on the Courts to apply some common sense, now all too often the rights have been expressly taken away and there is no case.

The 136th Directive issued by the European Commission in 2009—confirmed by the UK Parliament in 2011—requires consent for cookies and similar technologies. The outcome, in essence, is open season for cookies, because now, instead of any uncertainty about what we can impose, we routinely ask permission, nobody knows enough about cookies to make an informed choice, so everyone accepts them. The end result subverts the intention of the legislators.

Our lawmakers are neither quick enough nor savvy enough to be on top of this, faced with an alliance of vested interest and a public that enjoys technological intrusion. I am drawn to the conclusion that while democracy is precious, it alone cannot provide us with the structures we need to balance liberty and security for a secure, prosperous and sustainable future. To stay in control, we have to harness technology itself and figure out ways of aligning different interests to protect and respect our most precious human rights.